CNRS: Institute of Electronics, Microelectronics and Nanotechnology in Lille

Study of basic and applied properties of terahertz radiation

CENTERA – the Centre for Terahertz Technology Research and Applications

Terahertz radiation (also called T-waves, THz or sub-millimetre radiation) is electromagnetic radiation within the band of frequencies around 1012 Hz. The name refers to frequencies between infrared light and microwaves. Even though it was discovered a long time ago, it has remained virtually unused on a mass scale. For this reason, it is known as “the forgotten band” or “the Terahertz gap”. However, it provides a huge potential for applications, and research on terahertz radiation has already been conducted in Poland for more than ten years. This has paved the way for developing innovative instruments and technologies taking advantage of terahertz frequencies (e.g. scanners and microscopes) and marketing them, first in Poland, then throughout Europe. The fundamental properties and applications of terahertz radiation are to be studied by scientists from the newly created CENTERA project - Centre for Terahertz Technology Research and Applications.

CENTERA is a new Centre of Excellence financed by the Foundation for Polish Science under the International Research Agendas Programme (IRAP). It was founded by world-class Polish physicists Professors Wojciech Knap and Thomas Skotnicki, who have been conducting pioneering studies of terahertz radiation for more than ten years.

“The terahertz gap offers limitless potential for exploration for both science and business. THz waves have several particularly interesting properties, such as the fact that they easily penetrate most non-metallic materials, such as plastics, paper, clothing, and wood, which makes them ideal for analysing the internal structures or composition of these materials. Unlike X-rays and UV radiation, THz waves are not harmful to humans or animals, so no specific safety measures need be used for them. THz radiation also propagates in the air and can provide vision under difficult atmospheric conditions, or a means to transfer huge amounts of data. Thanks to this, THz waves can have a number of interesting applications – in communication (higher transfer speeds), industry, agriculture and trade (process monitoring and quality control), safety (enhanced vision systems for working in difficult atmospheric conditions), and security (to identify hazards in mail packages),” said professor Wojciech Knap.

Nevertheless, there are several important obstacles to using THz radiation in practice. Natural ground sources of THz radiation are extremely weak, and artificial laser THz emitters require cryogenic cooling, which makes them large, heavy and energy-consuming. In addition to emitters, detectors also pose a problem. Ultra-sensitive THz detectors have been successfully put to use in astrophysics, but their operation is highly inconvenient, if only because they also require cryogenic cooling.

It was not until the late 20th century that prototypes of high quality semiconductor THz emitters and detectors were developed. These devices use Schottky diode technology and can be operated at room temperature. However, Schottky diode-based THz frequency multipliers are still too massive and expensive to produce, and also highly sensitive to electrostatic discharge. Recently (with substantial inputs from the founders of CENTERA) a new range of THz detectors and emitters have been developed. It is based on standard field-effect transistors, an inexpensive and reproducible semiconductor technology. These solutions are seen as very promising, even more so as several prototypes have already been developed as proof of concept. However, their properties and operational capabilities still need improvement to meet the requirements of widespread application.

“For these devices to have commercial value, they need a better ratio of generated to consumed power by at least one order of magnitude. In addition, it is necessary to ensure the availability of previously produced integrated pixel-array detectors, integrating pixels with readings, and to develop special THz radiation coupling systems (lenses, antennae). These three issues outline the main challenges to be tackled by CENTERA. To approach them, we are going to assemble an interdisciplinary team consisting of leading researchers in physics, chemistry, materials science, electronics, information technology, telecommunications, and life sciences. This team of experts will closely cooperate in conducting fundamental research, in pushing the envelope in the field of phenomena connected with THz radiation, and in developing groundbreaking concepts for the generation and detection of THz waves. The main objective is to develop demonstrations and prototypes for the market, which can be directly commercialised by small and medium-sized enterprises and large business partners alike,” explained professor Thomas Skotnicki.

This original approach will be implemented by appointing five working groups to cover all stages of development, from carrying out high-level fundamental scientific research to designing, manufacturing and testing respective components, and creating innovative commercial and industrial applications.

The following renowned European research centres will be CENTERA’s strategic partners: Goethe University Frankfurt (GUF, Germany), the Institute of Electronics, Microelectronics and Nanotechnology (IEMN, France), Pisa University and Istituto Nanoscienze in Pisa (Italy), Laboratoire Charles Coulomb and the University of Montpellier (France), and three teams from Japan - the RIKEN THz Center, Tohoku University in Sendai, and Osaka University. The Polish institutions to support the project will be the Warsaw University of Technology and the University of Warsaw, which will provide expert knowledge of fundamental sciences (physics, chemistry, and biology), materials sciences, photonics, microelectronics, and systems integration (with special emphasis on optics and antennae for terahertz applications and high-frequency semiconductor components). CENTERA will also be supported by the state-of-the art terahertz lab of the Military University of Technology in Warsaw. Furthermore, the Centre will cooperate closely with the CEZAMAT lab and the Institute of Electron Technology (ITE) and the Polish companies VIGO, ORTEH, LEPOLAM and ARIDA. CENTERA will also work with the Institute of High Pressure Physics, the Polish Academy of Sciences in Warsaw (IHPP), where the new IRAP will be located. The IHPP, as the host institution, will provide CENTERA with laboratory, office, logistics, administration and staff resources.

Prof. dr hab. Wojciech Knap – graduated from the Faculty of Physics of the University of Warsaw. For many years he has been associated with the University of Montpellier and the National Centre for Scientific Research (CNRS) in France. As part of the LIA-TERAMIR international lab he has coordinated the activities of Terahertz Radiation Lab (TeraGaN) at the Institute of High Pressure Physics, the Polish Academy of Sciences in Warsaw. He is the author and co-author of more than 100 articles in international specialist scientific journals, and author of several patents. 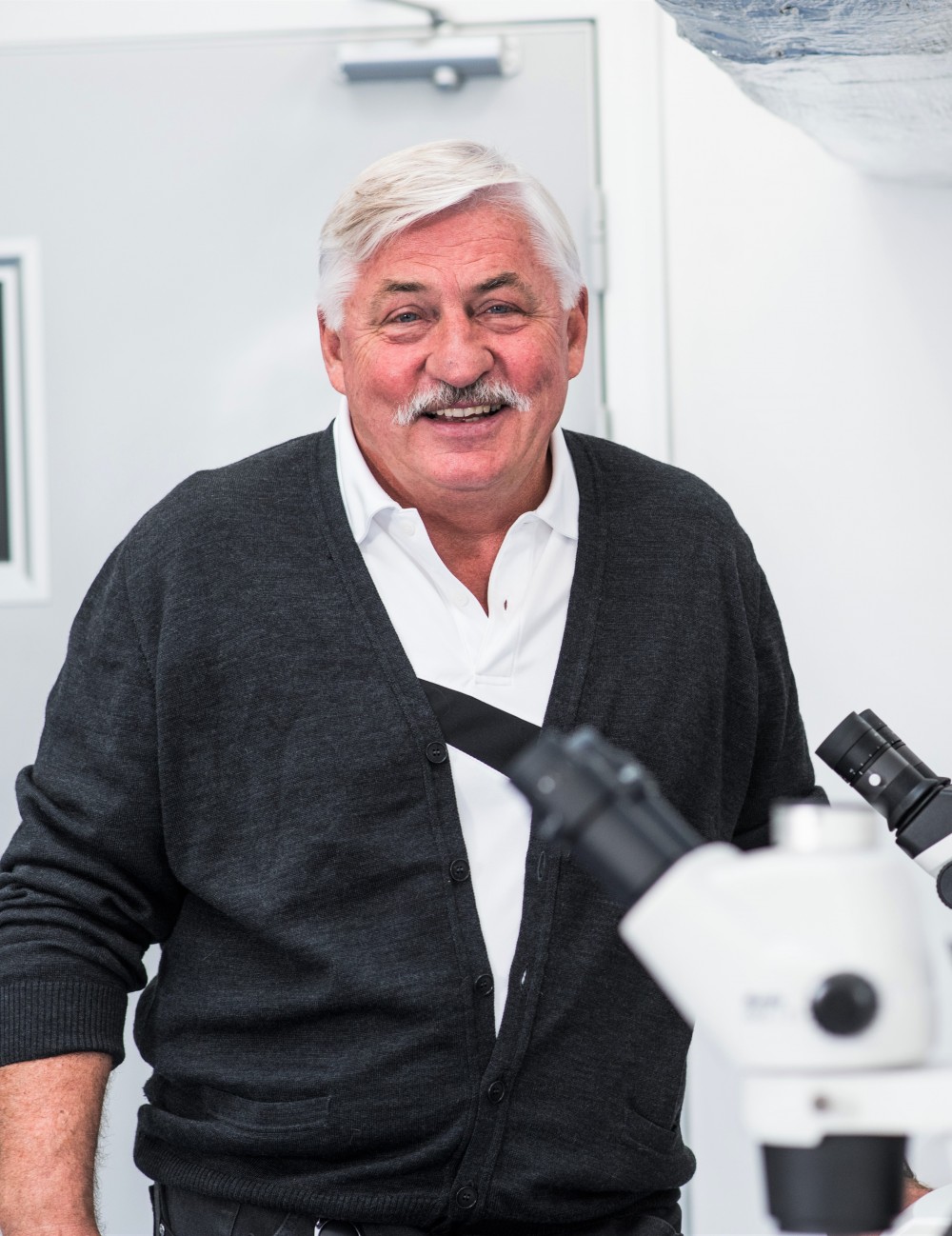 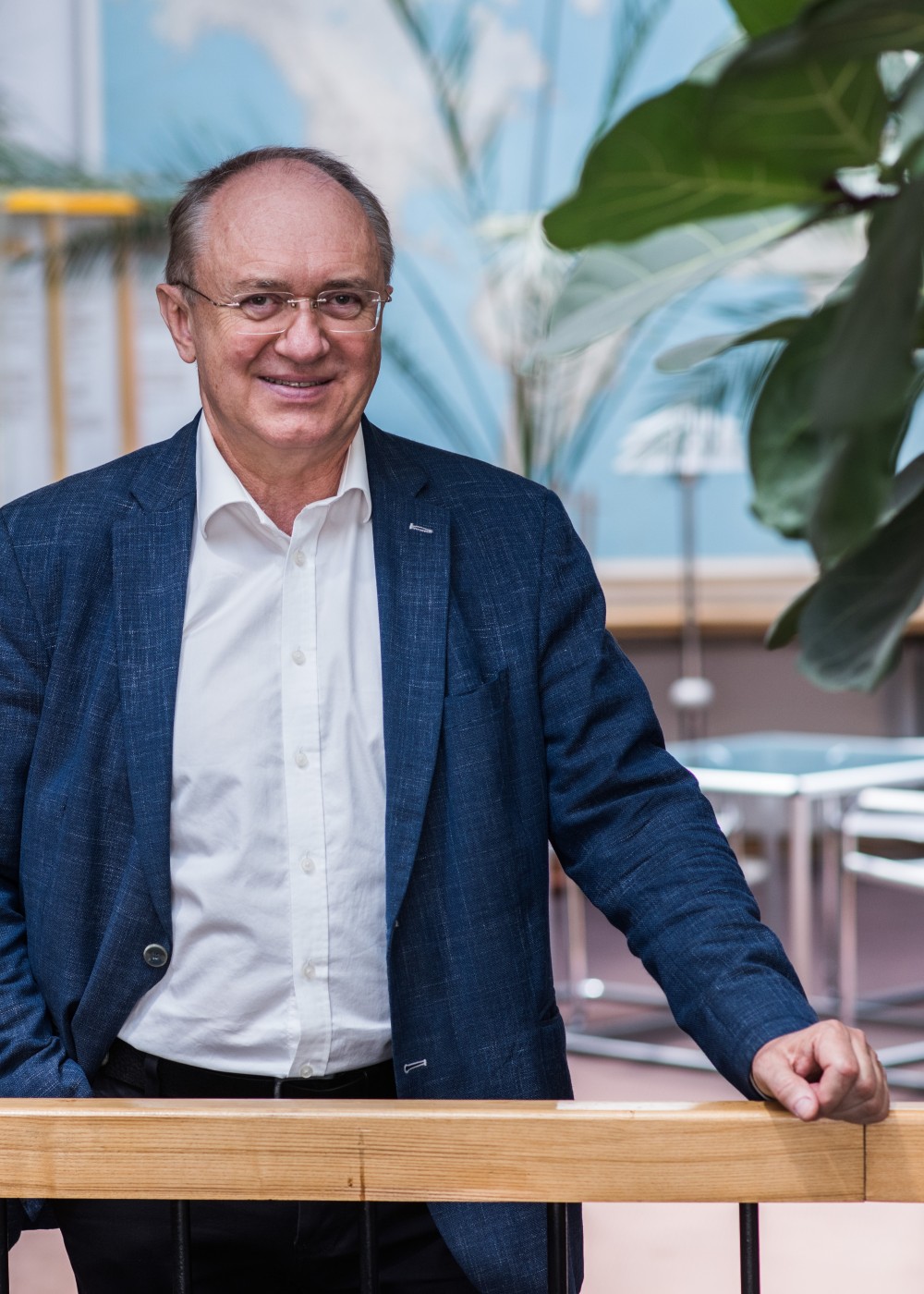 Prof. dr hab. inż. Thomas Skotnicki – graduated from the Faculty of Electronics of the Warsaw University of Technology, where he currently lectures. He obtained his PhD degree at the Institute of Electron Technology in Warsaw and postdoctoral degree at INPG (Grenoble). He is a world-class specialist in semiconductor devices and advanced microelectronic technologies. He has long-standing experience both as a scientist and as an entrepreneur. He has worked in the famous CNET research labs in France, and was a lecturer at the Ecole Polytechnique Federale in Lausanne (Switzerland), Institut Polytechnique de Grenoble (France), and SUPELEC in Rennes (France). He spent 19 years at Europe’s largest electronics manufacturing company, STMicroelectronics, where he was Technical Vice-President and Director, Devices R&D. He is the Vice-Director for Operations and Programme and Consortium Director at CEZAMAT (the Centre for Advanced Materials and Technologies) in Warsaw. In 2001-2007 he worked as editor in the American journal IEEE Transactions on Electron Devices. Author and co-author of more than 350 scientific articles, holder of over 85 patents. He is an IEEE Fellow and an STMicroelectronics Company Fellow.