The International Centre for Theory of Quantum Technologies

The construction of devices and protocols for processing information impossible to achieve using classical methods, thanks to quantum mechanics.

The second quantum revolution is approaching by leaps and bounds. The first, which occurred in the 20th century, was the creation and development of quantum theories. It was demonstrated then that the laws governing the smallest particles, known as quantum mechanics, are entirely different from classical physics governing large objects. The first revolution enabled the creation of devices like quantum transistors and quantum lasers. The approaching second quantum revolution will mean the creation of devices whose operation exploits the strangest, most paradoxical aspects of the laws of quantum mechanics, phenomena classically unimaginable and indescribable. The Polish response to these challenges will be the International Centre for Theory of Quantum Technologies.

The International Centre for Theory of Quantum Technologies is a new research centre being established at the University of Gdańsk as part of the International Research Agendas programme of the Foundation for Polish Science. The founder and director of the centre is Prof. Marek Żukowski, and the cofounder and leader of the first research group working at the centre will be Prof. Paweł Horodecki.

Emerging quantum technologies will have a range of practical applications. Quantum mechanics make it possible to construct devices and protocols for processing information impossible to achieve using classical methods. These include, for example, failsafe systems for ensuring cybersecurity of data (e.g. quantum cryptography—unbreakable codes), supersensitive quantum sensors (with possible applications in chemistry, biology and medicine), atomic clocks, and quantum computers (with classically impossible programming and algorithms). In recent decades, European researchers, including Polish scientists, have achieved numerous important successes involving basic research on these technologies. But the commercialization of these results has lagged behind. Now this should change as the results of research on quantum technologies are recast into practical products. This is the aim of the EU’s Quantum Technology Flagship project, which launches in 2018. Implementation of the project is expected to last a decade and cost a billion euros.

According to Prof. Marek Żukowski, “Poland has huge scientific potential in the field of quantum mechanics. But to play a major role in the Flagship programme it will require new research institutions focusing on quantum technologies, with the appropriate funds at their disposal and capable of hiring the best international experts. The International Centre for Theory of Quantum Technologies will be such an institution.” The foreign partner for the new centre created by Prof. Żukowski and Prof. Paweł Horodecki will be the Institute for Quantum Optics and Quantum Information (IQOQI) of the Austrian Academy of Sciences in Vienna.

What specific issues will be developed at the International Centre for Theory of Quantum Technologies in Gdańsk? The founders of the new centre mention such issues as “self-testing” quantum cryptography and absolutely secure cryptographic codes, generators of truly random numbers, a range of quantum communications protocols, as well as conceptual work on quantum computers and “logic gates.” In terms of quantum computers, the centre will be involved in both development of quantum programming (algorithms) and equipment architecture, i.e. physical systems implementing such algorithms. Quantum informatics is a young field where it is more important to develop new methods than to improve methods already applied. This is why, instead of seeking to confirm known hypotheses, the researchers want to propose new solutions, protocols and concepts. They will develop methods ‘on the wing’ and also combine seemingly unrelated methods from various sub-disciplines which no one has tried to connect before.

As the researchers point out, this is an excellent time for ambitious research initiatives of this type, as currently interest in quantum technologies is expressed by large commercial enterprises like IBM, Google and Microsoft. Thus this research may generate enormous commercial benefits in the near future. 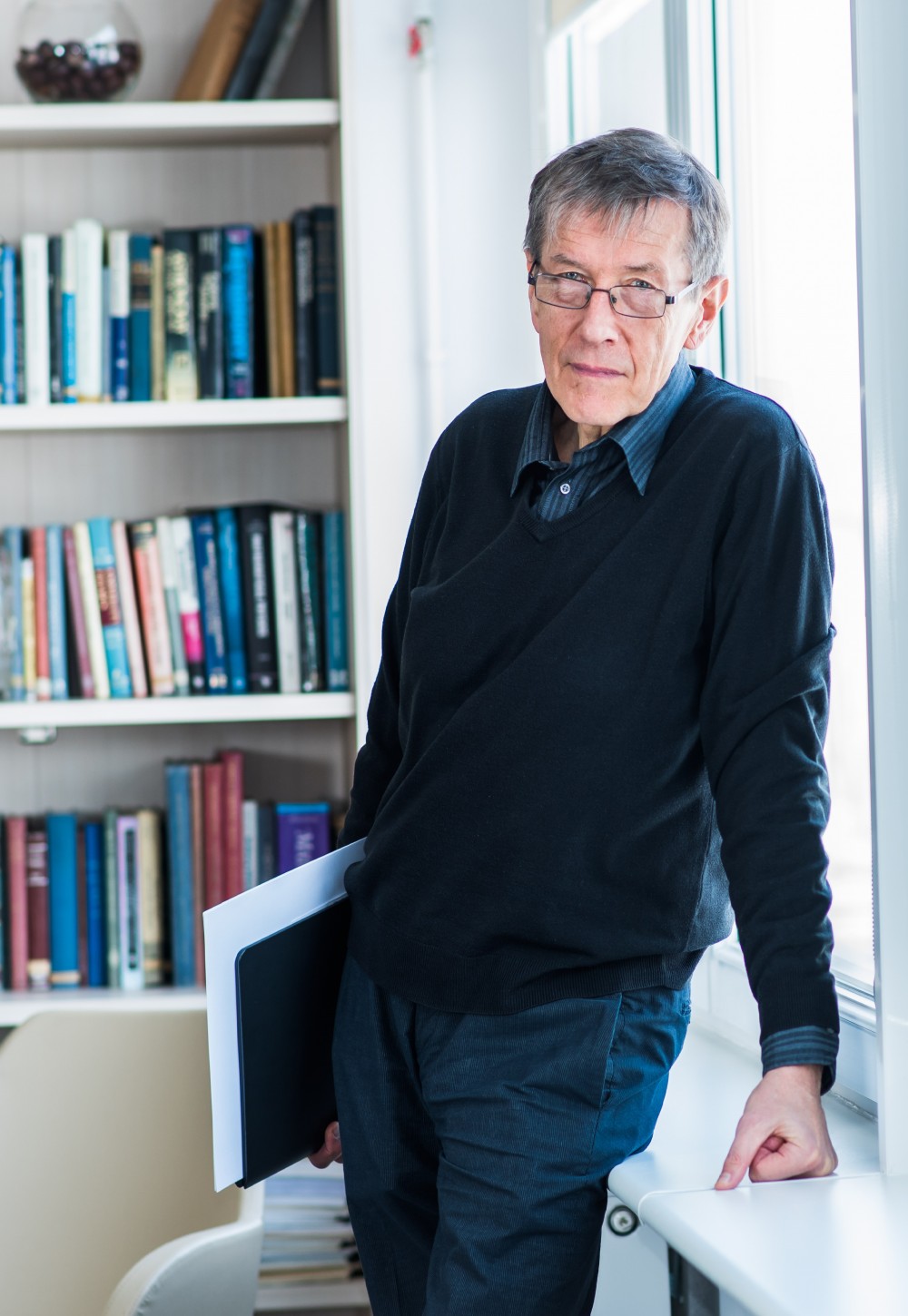 A quantum physicist and a graduate of the Faculty of Mathematics, Physics and Chemistry at the University of Gdańsk. He has been affiliated with that institution for his whole career (apart from earning his postdoctoral degree at Nicolaus Copernicus University in Toruń). He is the director of the Institute of Theoretical Physics and Astrophysics at the University of Gdańsk and an editor of the American journal Physical Review. He has served as a visiting professor at numerous foreign institutions, including the University of Innsbruck, Tsinghua University in Beijing, the Chinese Academy of Sciences, and currently the University of Vienna. He is a member of the Scientific Council of the National Science Centre. He was the laureate of numerous FNP programmes such as MISTRZ, TEAM, and COPERNICUS. In 2013 he was awarded the Foundation for Polish Science Prize, considered the most prestigious scientific prize in the country. His best-known work is an article in Physical Review Letters (Żukowski et al., 1993) introducing the concept of “entanglement swapping” and the general operational methods needed to conduct quantum teleportation and construction of multiphoton entangled states. His other achievements include experimental exclusion of a broad class of non-local theories with hidden variables (Zeilinger et al., Nature, 2007) and suggestion of a new physical principle, “information causality” (Pawłowski et al., Nature, 2009).

A quantum physicist and a graduate of the Faculty of Mathematics and Physics at the University of Gdańsk. He earned his doctorate (with distinction) at the Gdańsk University of Technology and his postdoctoral degree at the University of Gdańsk. He currently works in the Department of Theoretical Physics and Quantum Information, Faculty of Applied Physics and Mathematics, Gdańsk University of Technology. He is a member of the Scientific Council of the Quantum Information Center, which he cofounded. He is one of the creators of the Peres–Horodecki criterion (1996), which enables a determination of whether a given quantum state is entangled (the article stating this result is the most often cited original scientific work ever published in the history of the University of Gdańsk). He is also one of the discoverers of “bound entanglement” (Physical Review Letters, 1998) and many fundamental laws of quantum information. He is a laureate of the START programme of the Foundation for Polish Science, the Rubinowicz team award of the Polish Physical Society, and several awards from the Minister of Science and Higher Education. 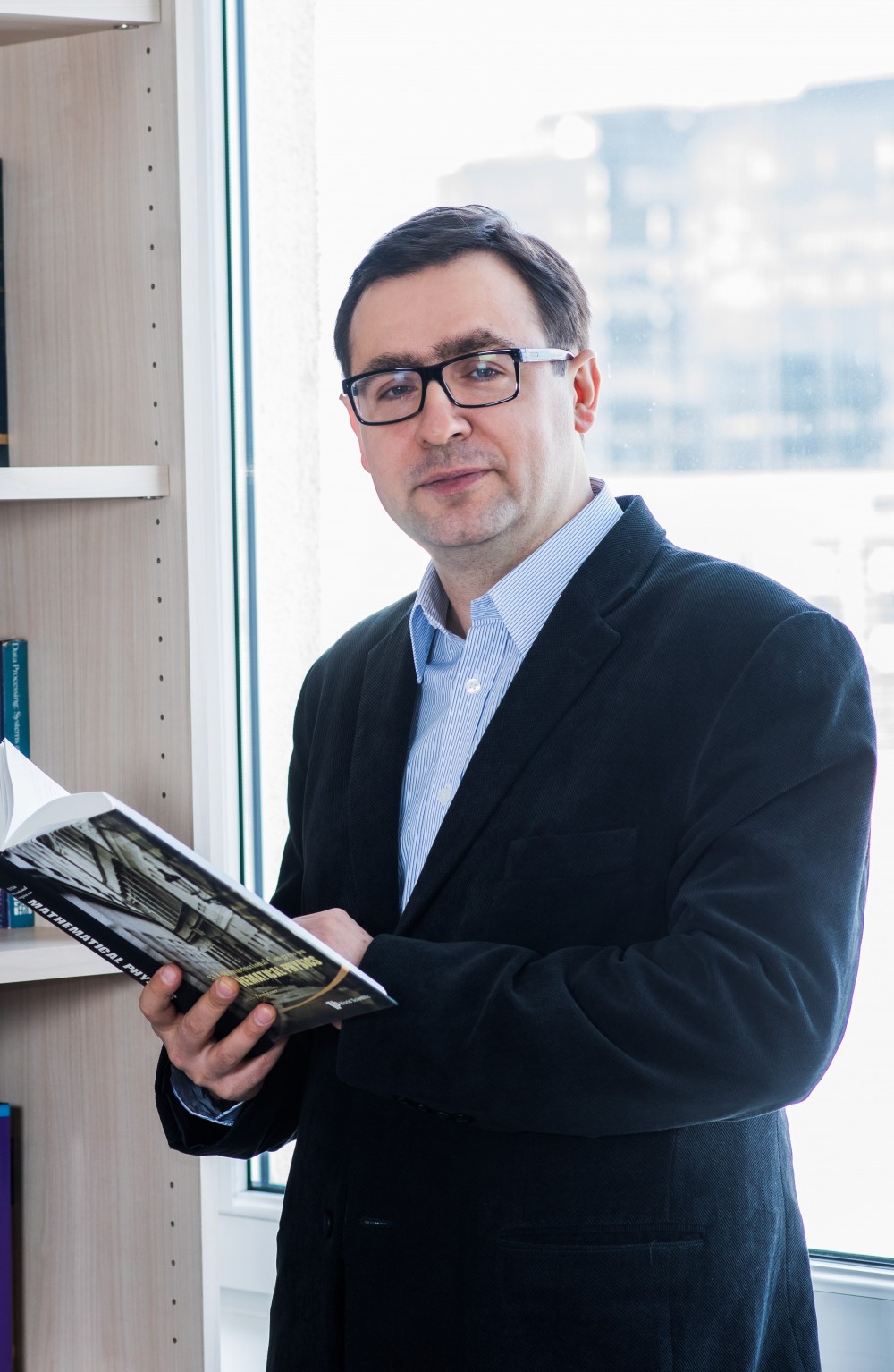