The National Centre for Nuclear Research (NCBJ) , the Nicolaus Copernicus Astronomical Center (CAMK) of the Polish Academy of Sciences

The detection and study of extremely weak signals and hidden information in physics, particularly in the studies of the Universe. Most of the work will be related to experiments that are currently being planned to detect gravitational waves and dark matter.

Gravitational waves, black holes, dark matter and the hidden Universe – these are the questions to be explored by scientists working at Astrocent, a science and technology centre that is currently being set up. This sounds exciting, but the exploration of new phenomena, currently considered the most puzzling in physics, is not the only purpose for which the centre will be established. The advanced tools and devices required to probe the mysteries of physics and astrophysics will also find practical applications in cutting-edge technology and medicine.

Astrocent is an interdisciplinary international research centre, being founded in Warsaw by Prof. Leszek Roszkowski and Prof. Tomasz Bulik – beneficiaries of the International Research Agenda (IRA) programme of the Foundation for Polish Science. The Astroparticle and Cosmology (APC) Laboratory, a world-class research institute based in Paris, will be Astrocent's international strategic partner. The National Centre for Nuclear Research (NCBJ), the Nicolaus Copernicus Astronomical Center (CAMK) of the Polish Academy of Sciences and Warsaw University of Technology will be Astrocent’s Polish partners.

Astrocent's primary objective will be to detect and study extremely weak signals and hidden information in physics, particularly in the studies of the Universe. Most of the Centre's work will be related to experiments that are currently being planned to detect gravitational waves and dark matter. These are among the most fundamental, and at the same time most exciting, areas of particle physics and astrophysics. Unprecedented progress has been achieved in their understanding  over the last few decades.

“Popular opinion notwithstanding, the Universe around us is not completely empty. On the contrary, we know that there is about five times more invisible, or dark, matter than there is “ordinary” matter, of which the Earth and visible objects, such as stars, are composed. What we do not yet know is what this dark matter is,” says Prof. Leszek Roszkowski. “Neither is the Universe entirely silent,” he adds. „Extremely interesting data is constantly streaming towards us from space. However, to be able to decipher this information, we need to build highly sensitive instruments, as well as develop methods for separating interesting signals from the ocean of all kinds of noise and a deluge of data from already known astrophysical phenomena.”

This year's Nobel Prize in physics has been awarded for such a ground-breaking achievement – namely, the construction of the LIGO detector, which for the first time recorded gravitational waves. Gravitational waves are “wrinkles” in space-time, caused by some event in the Universe. Their existence was predicted over 100 years ago by Albert Einstein. He believed, however, that they were merely the product of mathematical transformations of the equations of General Relativity. It was the Polish physicist Prof. Andrzej Trautman who showed half a century later that gravitational waves do exist and can be detected – the result for which he was awarded the FNP Prize for 2017. Gravitational waves escaped detection, however, for a long time. They were finally detected for the first time in 2015 with the LIGO detector. In this case, the gravitational wave was the echo of a collision of two black holes, some 1.3 billion light-years from the Earth. Black holes are the final stage in the evolution of stars – space objects whose mass is concentrated in such a small area that they collapse under the force of their own gravity. The gravity they generate is so strong that nothing can escape from it, not even light, and therefore they are perfectly black objects. The only sign of their existence is the powerful gravitational force they exert. However, there are other things currently happening in astrophysics apart from the first detection of gravitational waves in 2015. A second detection of gravitational waves was announced quite recently, in October 2017. This time, the source was the collision of neutron stars (objects of extremely high density), and the event probably took place in galaxy NGC 4993, some 130 million light-years from the Earth. The detection of this event is another breakthrough, made possible by the work of several hundred scientists, including Prof. Tomasz Bulik, a member of the VIRGO Observatory.

“The LIGO and VIRGO discoveries have opened a new window on an aspect of the Universe that has eluded observation until now. We expect to learn more about the nature of gravitational waves from the third-generation Einstein Telescope (ET), a 10-kilometre long underground interferometer, that is being planned in Europe. “The Astrocent team will join the ET project,” said Prof. Leszek Roszkowski.

Another great experiment in which Astrocent will participate is the DarkSide-20k project, focused on identifying dark matter particles. “It is generally believed that dark matter is made up of some unknown, massive and extremely weakly interacting elementary particle, however scientists are divided as to its specific properties. In order to resolve this issue, we need to discover the particle, and to do this we need extraordinarily sensitive equipment. With over twenty years of effort, their sensitivity has improved by a factor of one million, which is unprecedented in any field, not just physics,” says Prof. Leszek Roszkowski. The DarkSide-20k detector currently being designed will be another giant step in this race. It will be built in Gran Sasso in Italy in 2022, and will incorporate twenty tonnes of liquid argon.

“We are confident that Astrocent will contribute both to science and to the technological breakthroughs needed in both experiments. The practical experience gained in the process will be used in subsequent large-scale experiments in astrophysics, as well as in industry and medicine,” promises Prof. Tomasz Bulik.

At least three practical applications can already be foreseen for Astrocent's technological advances. The first are smart algorithms for processing large amounts of data and selective extraction of important information. Both projects will generate unprecedented amounts of data, and this creates a challenge for us to develop tools for sorting and selecting it. Currently, other disciplines of natural science and medicine are also swamped with a deluge of data, and therefore it is very important to find a solution to this problem.

Another practical aspect of Astrocent's research and development work will be the development of technology for photon detector modules based on silicon photomultipliers (SiPM). SiPM modules will be used in the measuring devices required to explore the hidden Universe, but they will also have a wide range of applications in medicine (eg. PET scanners, gamma cameras, mammography), industry and power engineering. “The development of SiPM technology in connection with the construction of a new PET scanner by Professor Moskal’s team at the Jagiellonian University seems particularly promising. The team has already expressed interest in cooperating with Astrocent,” said Prof. Leszek Roszkowski.

The construction of seismic sensors is another area in which Astrocent hopes to make a contribution. Sensors of this kind are used in gravitational wave detectors, such as the LIGO, but they can also find commercial applications, for example in the search for oil deposits or in earthquake early warning systems.

“It is also important that Astrocent will bring together specialists in several disciplines: physicists, computer scientists, engineers and technicians. These teams will work together, sharing the most advanced results in their respective fields of expertise. This kind of close cooperation will be a new development in Poland and could lead to a real breakthrough,” argues Prof. Tomasz Bulik. 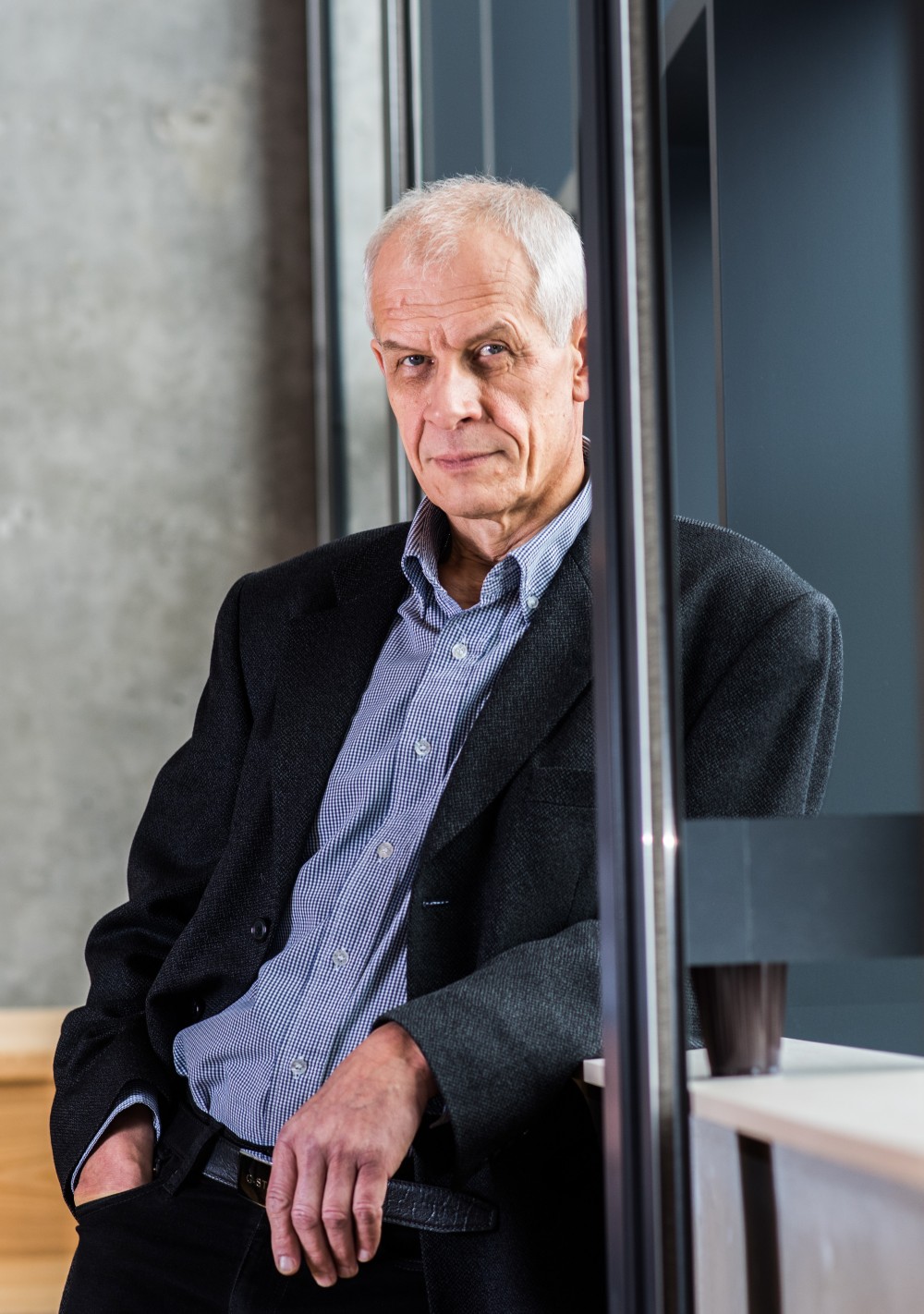 Physicist, leader of the Particle Theory Group at the National Centre for Nuclear Research in Otwock. Graduated in physics from the University of Warsaw, obtained his PhD from the University of California, Davis and his post-doctoral degree (habilitacja) from the Jagiellonian University. He also works at the Department of Physics and Astronomy at Sheffield University in the UK. He returned to Poland in 2011 as a recipient of FNP's Welcome award. He is the initiator and chairman of the international COSMO conference series, a member of international advisory committees of the COSMO, IDM and DARK conferences, and a member of the editorial board of the journal Reports on Progress in Physics. Currently he holds the position of the chair of the National Board for Particle Astrophysics. He is also a frequent guest at CERN near Geneva. He is mainly interested in dark matter and, more broadly, in elementary particles as the solution to the mystery of dark matter, the Higgs boson and the new physics “beyond the Standard Model”.

Astronomer, graduated in physics from the University of Warsaw, obtained his PhD from Penn State University and his post-doctoral degree (habilitacja) from the Nicolaus Copernicus Astronomical Centre of the Polish Academy of Sciences; he has also worked at the University of Chicago. He is currently deputy director at the Astronomical Observatory of the University of Warsaw. He is a member of the VIRGO-POLGRAW team, which looks for evidence of gravitational waves in the LIGO/VIRGO experiments, and contributes to the work of the HESS/CTA observatory. He won the prestigious Breakthrough Prize and is an active populariser of astronomy. He is mainly interested in theoretical astrophysics and neutron stars. 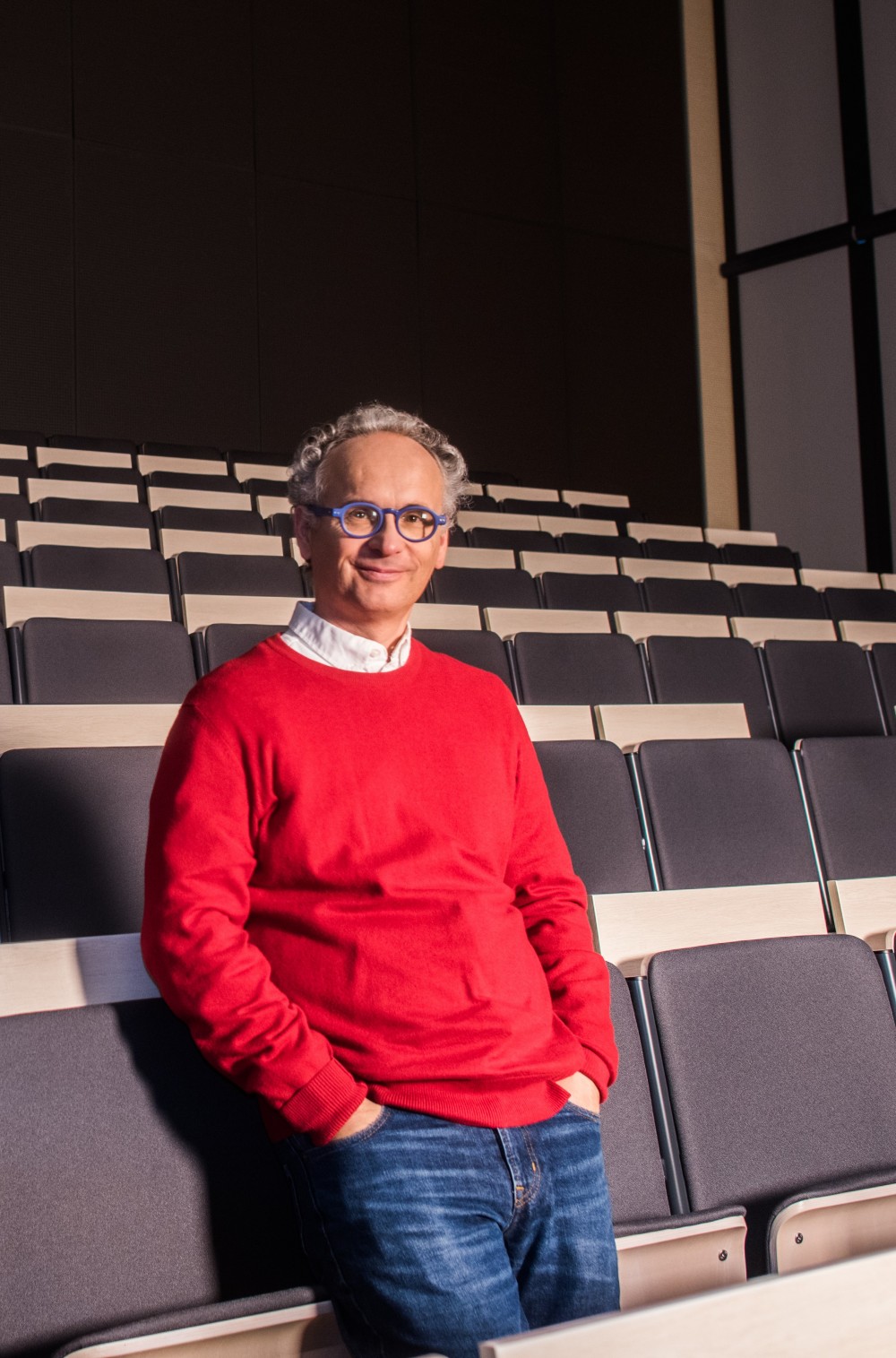