BRAINCITY – Centre of Excellence for Neural Plasticity and Brain Disorders

Comprehensive studies on the complex mechanism of brain plasticity

BRAINCITY – Centre of Excellence for Neural Plasticity and Brain Disorders

The brain is often considered the most fascinating organ in the human body. One of its unique properties is neuroplasticity, or the ability to undergo constant yet lasting change. Neuroplasticity is pivotal in the learning and memory processes and allows recovery from injuries and brain disorders. Thanks to neuroplasticity, it is possible to reduce the effects of, among others, multiple sclerosis, Alzheimer’s, and Parkinson's diseases. On the other hand, neuroplasticity disorders can lead to a number of pathological conditions, such as addictions, autism spectrum disorders, schizophrenia, depression, and bipolar affective disorders.

Comprehensive studies on the complex mechanism of brain plasticity will be the focus of BRAINCITY, a new Centre of Excellence created by professor Leszek Kaczmarek and Ewelina Knapska, PhD – winners of the International Research Agendas (IRAP) Programme run by the Foundation for Polish Science. BRAINCITY will be established at the Nencki Institute of Experimental Biology, the Polish Academy of Sciences in Warsaw, and its international strategic partner will be the European Molecular Biology Laboratory (EMBL).

“Our knowledge of neurobiology, brain functions and dysfunctions has increased exponentially in the recent years. This is largely due to the breakthroughs currently being observed in experimental techniques and research methods. Revolutionary progress has been made in molecular biology, with new methods facilitating high-performance gene/protein analyses and manipulations, methods of imaging and visualisation of single cells and synapses and neural network activity in the entire brain, techniques for creating novel research models, such as cerebral organoids, and big-data bioinformatics. All these substantial technological and methodological achievements will be utilised in BRAINCITY, and the overriding goal of our activities will be to develop new solutions improving the prevention, diagnostics, monitoring and treatment of diseases and pathologies related to neuroplasticity,” said prof. Kaczmarek.

This goal is especially important, as brain disorders are not only a burden for individuals who suffer from them, but they also generate the highest social costs. It is estimated that the annual cost of these diseases in the European Union reaches as much as EUR 800 billion. For these reasons, research into mental and neurodegenerative diseases and addictions is treated as a priority by governments of numerous countries, including Poland (in line with the National Research Programme established by the Council of Ministers on 16 August, 2011).

Tackling the major research challenge which the creators of BRAINCITY have set for themselves (to understand and use complex neuroplasticity for combatting diseases) will be possible with the close cooperation between research communities specialising in various scientific, clinical and industrial domains. This interdisciplinary approach and unification of the efforts of various groups will make it possible to advance to a higher level of knowledge on brain functions and dysfunctions, and to rapidly introduce research innovations to the market. Importantly, BRAINCITY will be based on long-term strategic cooperation with the European Molecular Biology Laboratory, which is a highly distinguished world-class scientific institution, and a leader in research, training and technology transfer in the field of life sciences. With the involvement of partners from EMBL, BRAINCITY will gain access to state-of-the-art genetic-engineering technologies, genome-editing technologies, and bioinformatics databases relating to diseases linked to human-genetic variation. Another essential point will be the use of specialised knowledge on isolating and developing Induced Pluripotent Stem Cells (IPSC) obtained from peripheral blood. These cells can be used to develop organoids, i.e. miniature structures resembling organs.

“Cerebral organoids derived from IPSC stem cells mimic certain aspects of the human brain, and provide a fascinating and novel research model. The organoids self-organise into cortical-like regions, and thus allow investigation into how individual genetic predispositions to a disease impinge on the functioning of neural networks. Imaging neural-circuitry connectivity, its modifications in disease, and aberrant synaptic plasticity in organoids, affords an insight into the mechanisms of neurological and psychiatric diseases, and allows the testing of potential diagnostic and therapeutic approaches. This is a completely novel research approach, which solves ethical dilemmas associated with experimenting on human embryonic stem cells. Another advantage of research into cerebral organoids is the possibility of taking into consideration polygenic disorders, which are difficult to analyse in transgenic animal models,” prof. Leszek Kaczmarek argued.

However, animal models will also be used in BRAINCITY's research activities. Mice and rat models will be used primarily for behavioural studies, to assess the impact of specific molecular changes in the brain on behaviour. A distinctive feature of brain disorders is that they often have a late onset, so it is necessary to develop new etiological animal models more suitable than those used previously. Doctor Ewelina Knapska has long-standing experience in behavioural studies.

Overall, the BRAINCITY Centre of Excellence will have six research teams, whose leaders will focus on the implementation of their research projects in line with international research standards. 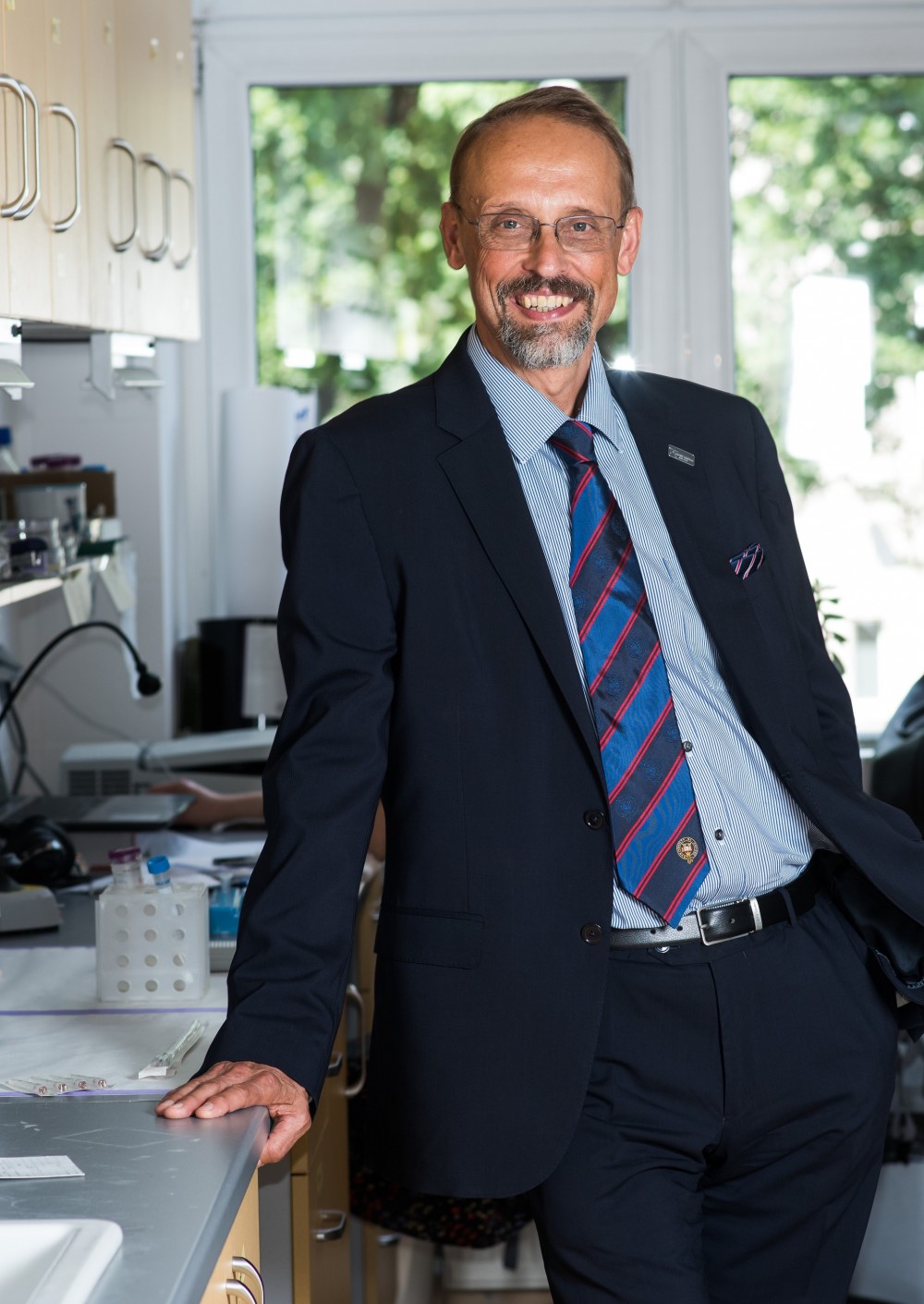 Professor Leszek Kaczmarek (age 61) – Head of the Laboratory of Neurobiology at the Nencki Institute of Experimental Biology, the Polish Academy of Sciences in Warsaw; since 2013 he has been a full member of the Polish Academy of Sciences, since 2000 – a member of the European Molecular Biology Organisation (EMBO); he has authored more than 200 publications in leading scientific magazines. He has given lectures and conducted symposia at numerous international congresses in the fields of neurobiology and neurochemistry, has been actively involved in more than 50 different national and international research projects funded by the EU, NATO, the Wellcome Trust, and other organisations. Prof. Kaczmarek has been a term professor at the University of Catania and visiting professor at the McGill University in Montreal (Canada), the University of California, Los Angeles and the Institute of Photonic Sciences in Castelldefels (Spain). In 2000 he won the Prize of the Foundation for Polish Science in life and medical sciences for his research on the influence of various stimuli on gene expression in the mammalian brain, and in 2011 he received the Award of the President of the Council of Ministers for his overall scientific achievements. He was awarded the Knight's Cross (1998) and the Officer’s Cross of the Order of Polonia Restituta (2009).

His research work focuses on, inter alia, gene activity in the brain, synaptic plasticity, and the molecular and cellular basis for such neuropsychiatric disorders as epilepsy, autism, schizophrenia and addictions. While managing his own research team, he has made a number of pioneering observations, such as demonstrating the role of glutamates in stimulating gene expression in neurons in-vivo, and the role of the enzyme MMP-9 in synaptic plasticity conditioning, inter alia, alcohol addiction and the tendency to delusions and schizophrenia.

Dr. Ewelina Knapska, Associate Professor – Head of the Laboratory of Emotions Neurobiology at the Nencki Institute of Experimental Biology, the Polish Academy of Sciences in Warsaw. She completed her Master’s studies in biology and psychology at the University of Warsaw in 2001, and was awarded a PhD degree in neurobiology at the Nencki Institute of Experimental Biology, the Polish Academy of Sciences. After that, she completed two-year postdoctoral research training at the University of Michigan, USA. She received her post-doctoral degree in 2013. She is a holder of scholarships of the Foundation for Polish Science (for the KOLUMB programme in 2006 and REINTEGRATIONS/HOMING in 2008), of the Minister of Science and Higher Education and Academia Europea. In 2016 she was awarded a prestigious grant from the European Research Council. In 2018 she became a new member of the FENS-Kavli Network of Excellence, a prestigious organisation affiliating junior researchers dealing with brain research, sponsored by the Federation of European Neuroscience Societies (FENS) and the Kavli Foundation. The main scientific interests of dr. Knapska include the brain-based foundations of emotion, in particular the mechanisms of positive and negative emotions communicated in the social context. Dysfunctions in sending and receiving emotion-related information are the basis of, among others, autism spectrum disorders. 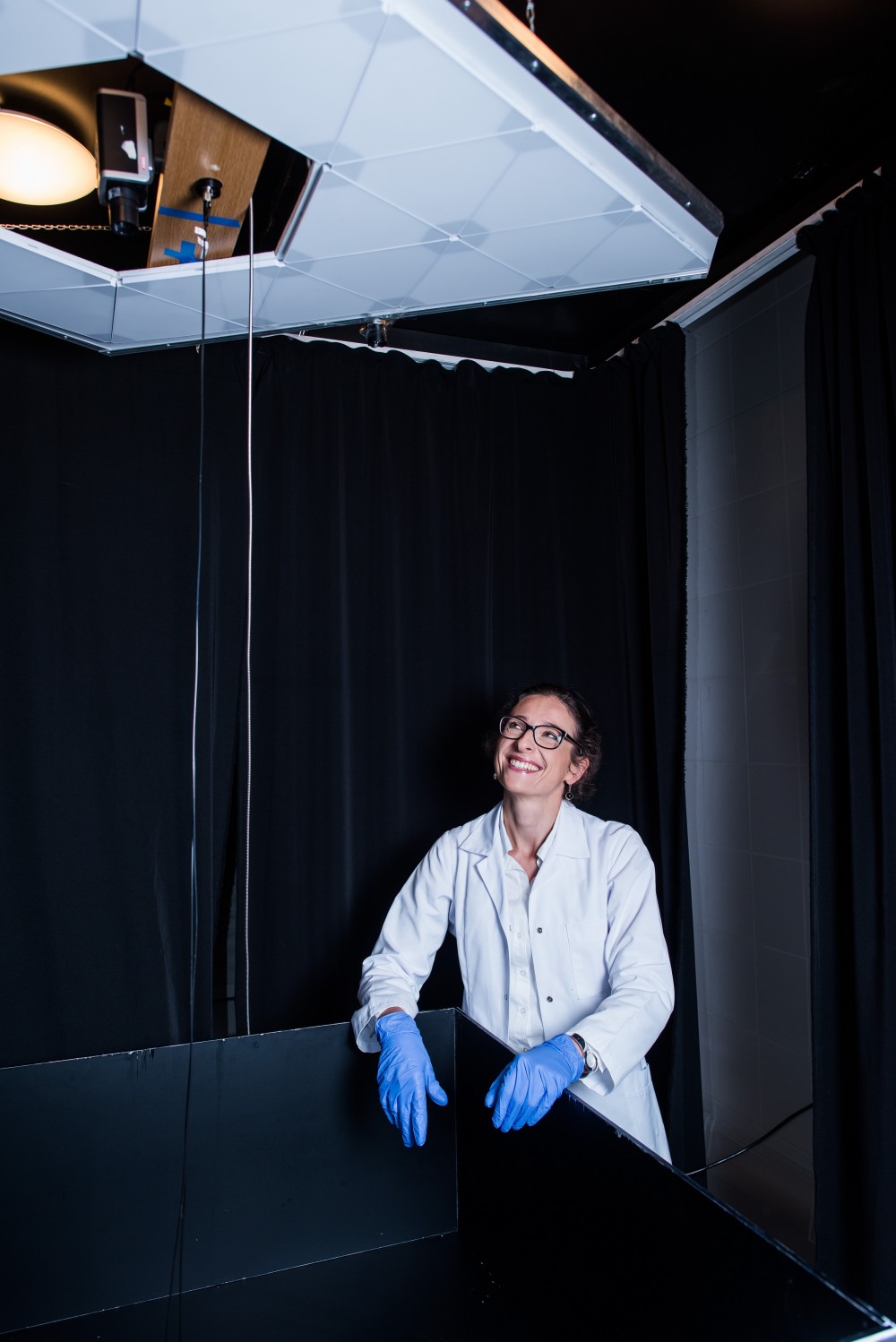